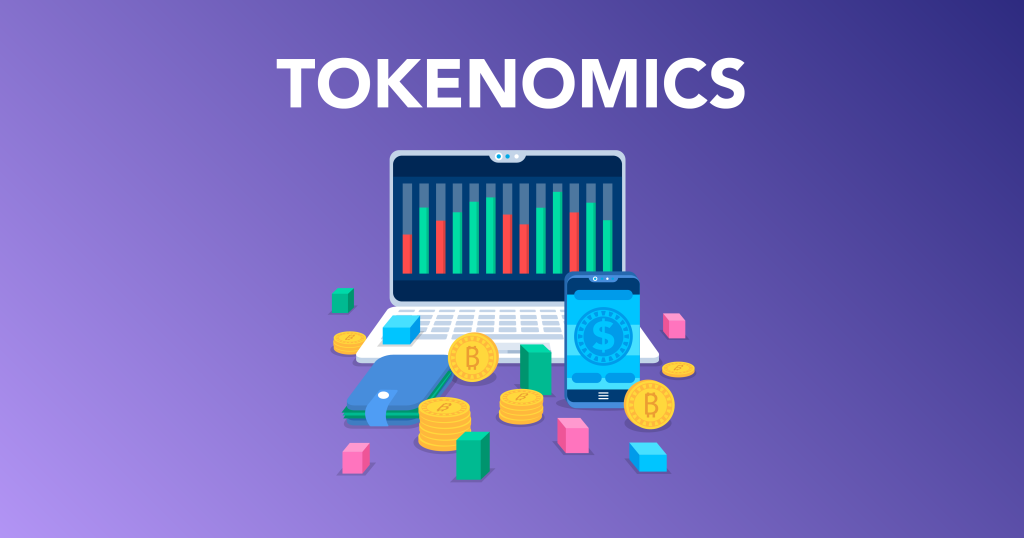 If you’re in the Web3 or NFT space chances are you’ve heard the term “tokenomics” being thrown around more than once. But what does it all mean? It’s pretty much a given that it is the combination of token + economics.

Essentially, it refers to the qualities of a crypto asset that make it appealing to investors and users. In other words, it helps us understand the supply and demand characteristics of the asset.

However, like most things in life, there are many more pieces to this intriguing puzzle. Below, we’ve explored and shed some light on tokenomics, making the subject easier to grasp.

Before we go down the rabbit hole of tokenomics, we first need to understand what a token is. A token (not to be confused with a coin) is a digital unit of cryptocurrency that is used to represent a specific use on the blockchain.

Tokens can be used for a number of things but they are more commonly used for security, utility, or governance. These tokens are created with pre-set issuance schedules that are all created with an algorithm.

This helps everyone understand the supply of the token (ie how much has been made available). Although some smart contracts allow for the quantity to be increased and decreased, that would involve signing a new agreement and could be difficult to carry through.

This helps users know that their asset (and the creation thereof) is more predictable than the FIAT currencies we use daily.

We’re all aware that Bitcoin does in fact have a finite amount made available, 21 million to be precise. However, it will only cease creation around 2140 and until then new coins will decrease by half every four years (give or take) – otherwise known as Bitcoin halving – which was implemented to create scarcity and in turn put pressure on price.

The issuance schedule has also led the way for many others to have the same approach – such as Bitcoin Cash, Bitcoin SV, and ZCash (all with a hard cap of 21 million). Other tokens have a much larger overall number being made available.

Dogecoin (and many others) on the other hand essentially have unlimited supply due to its issuance schedule. In other words, Bitcoin has a deflationary supply and Dogecoin has an inflationary supply.

Okay so we’ve covered bits and pieces but let’s get down to business. Understanding the forces that will ultimately influence the supply and demand of a crypto asset is extremely important to investors of the respective asset.

One of the first questions that need to be addressed when discussing or reviewing a crypto asset’s tokenomics is “How will it be used?”. We’re basically asking if there is a clear link between using the platform and the asset.

If there is a link, it could lead to an increase in price due to the fact that for the service to grow it would require increased purchases and usage. However, if there is no link to the asset’s role in the platform or service, ( 🚩) what use or value is there really?

Other questions or points to ponder on include (but aren’t limited to):

There are a few variables that could ultimately affect the tokenomics of a project:

How do the tokenomics determine value?

By understanding the tokenomics of an asset you could essentially understand where it’s going – and how valuable it could become (and ultimately whether or not it would be wise to invest). It is always recommended to DYOR before parting with your hard-earned (albeit FIAT) money.

From a project founder or developer side, it is crucial to review and understand the tokenomics of your project to ensure the project is deemed valuable and attractive to prospective investors.